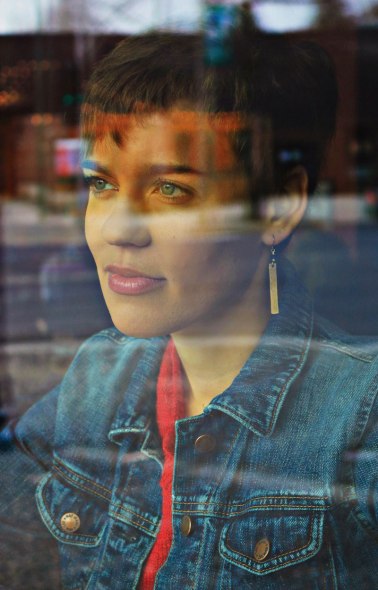 Courtney Kersten is a writer, essayist, and educator whose work was featured in Sweet’s 7.1 issue. Her latest publication is Daughter in Retrograde, a memoir that explores her relationship with her mother and how one deals with loss and grief. In the interview below Kersten gives advice on how writers might tackle writing about personal material, addresses how she deals with her own writing hesitation and gives astrology recommendations for further reading.

Daughter in Retrograde focuses a lot on your coming-of-age journey. What were your journals like as a young girl? I’m curious if you documented everything or were there chunks of time where you didn’t write?

When I was younger, I was a performative journal writer. I didn’t write what I was actually feeling or what happened in my daily life, but I wrote sort of “performing” for my future self (as in, my older self would be reading these diaries or journals). I did this in several blank books at various points in my childhood. In the first entry, my diaries or journals would begin with big meditative flourishes wherein I would contemplate the act of writing in a blank book. For instance, I would usually muse on what a “diary” was. Should I name her? Was it a “her?” What is the best way to write in a diary? Should it be a list? A stream-of-consciousness tracking of my thoughts? What was the difference between a diary and a journal? There would maybe be one or two more entries about the fabulous things I found in the backyard or an anecdote about going to the mall and then I would abandon the journal entirely. I’ve found a few of them and they’re bizarre to read. Since then, I’ve kept daily prayer journals where I write my prayers. I’m not sure why… sometimes it feels less ephemeral to have my prayers written before me. When my mother was dying, I did journal with a fervor. I wanted to document everything. I didn’t want to miss recording anything, any last moment of my mother’s life. I journaled every day. 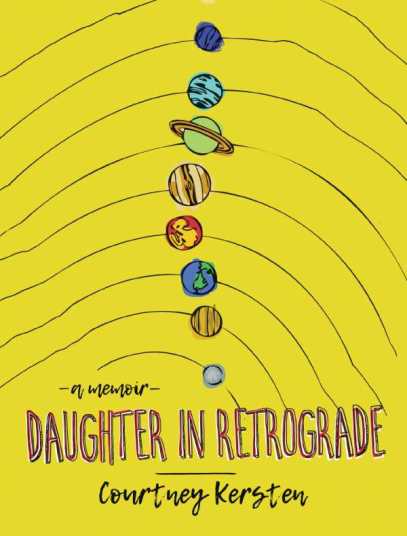 How useful were your journals to your writing process when you began working on Daughter in Retrograde?

My journals were essential. From capturing accurate dialogue to verifying information, I looked at them often. In fact, it was the fodder from my journals that I used to “map” Daughter in Retrograde’s narrative.

You bring up the idea of playing a role, referencing “going off script” in terms of reacting to grief. My favorite line on this theme of performance and grief comes from the chapter Virginia’s Closet: “I blow my nose, smear my face on a paper towel, open the door, and prepare to take my bow.” Do you think society will ever get to a point where individuals can freely express true emotion without feeling like they must act like they are “okay?”

I’m not sure. This is a really great question and it’s a question I think about a lot. I suppose what I can say is that, for me, now that my mother has been gone for five years and I have moved through various periods of grieving her, I’m grateful for what grief has taught me about emotion. For the first time this year on the anniversary of her death, I was upset—in some moments, I felt wild with sorrow. But I didn’t feel the urge to rationalize or explain it to myself. In general, I feel more accepting with the moments where I “go off script.” Grief has been my teacher. It’s helped me accept wherever I’m at.

Memoirs are extremely personal, but writers have quite a bit of control over what they put in or keep out of their work. Was there ever a moment where you hesitated to share something while writing this memoir?

Yes, though I wouldn’t say I hesitated in the initial act of writing, I revised and contemplated much of what to include or not to include once I had it on paper. In particular, in the obituary section, I went back and forth over what to include and what not to include. There were a few details that I worried would be too personal or, possibly, offensive to include. But, ultimately, I felt that the whole purpose of that section was to show the moments we don’t put in our obituaries and the complexity of who my mother (and, really, everyone) is so I ended up including almost everything, but it was a long process of internal debate.

What would be your advice to writers who want to start writing about personal moments from their lives, but are afraid of what those close to them might think?

This is a tricky question. I think it really depends on the writer, the family/intimates, and why someone wants to write. I would suggest reflecting on what your feelings and motivations are behind writing something and why you feel afraid. I think you have to render your “characters” as truthfully as you can, but I also think that this is a delicate subject that should be approached with a lot of self-reflection and radical understanding and grace given to those around you. It’s hard to think of your family or friends as “characters” in your story, but, ultimately, for the book or essay or whatever, that’s what they are. It feels weirdly clinical. I would also say focusing on scene and showing rather than telling is really helpful for writing about those close to you. That way, you’re merely showing rather than calling someone out. The reader can then come to their own conclusions.

If you were creating a reading list for a beginner’s course on astrology and numerology what books would you include? What’s the course’s title?

I love this question! I actually don’t know a ton about numerology (besides, like, repeating numbers having meaning), but I have found Dan Millman’s book The Life You Were Born to Live to be fascinating and accurate. I’m not sure if Millman would call his method numerology, but it does deal with numbers and your date of birth and the meaning behind these numbers. As far as astrology goes, one of my favorite authors is Jan Spiller. In particular, I love her book Astrology for the Soul which focuses on North Nodes. I return to that book at least a few times a year as a reminder of how to overcome what tests me most. It’s amazing. I also love Linda Goodman’s work on astrology. Lots of folks, rightly, say today that her work is dated and a bit stodgy with regard to gender roles and the like, but she’s still a fabulous and insightful read.

Let’s pretend it’s a dystopian future and you can only finish one more project before writing is banned. What project would you dedicate your last written words to?